Lloyd Currey was born in San Francisco, California on 26 September 1942. He commenced working in the antiquarian book trade at age fifteen as an employee of the late William P. Wreden of Palo Alto, California. Lloyd worked for Wreden from 1958 to 1965 while attending high school in Palo Alto and San Jose State College in San Jose, California. In 1965 he was hired by J. S. Canner and Company, Boston, Massachusetts to manage the literature department of their book division. In 1967 Lloyd co-founded Literary Heritage of Sharon, Massachusetts. In 1968 he established his own antiquarian book business, L.W. Currey, Inc in Mattapan, Massachusetts, moved to current location in Elizabethtown, New York in summer 1969. Currey is a member of the Antiquarian Booksellers of America, Inc. and a current member and past officer of the Science Fiction Research Association. 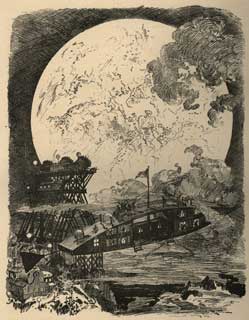 In addition to his full-time operation of a mail order antiquarian bookstore, Currey has engaged in many research projects and written or edited a number of books. Book credits include: